If you are newly gluten free, you are busy trying to identify what you can or cannot have – no easy task I know. Food is tricky enough but what about distillates, like whiskey and vodka, made from grain? Unless your family makes moonshine, you probably need a quick tutorial on distillation.

Distillation is a method of separating mixtures based on differences in their volatilities. So, if different compounds in a mixture have different boiling points, they separate into individual components when heated. Here is a simple analogy – you are camping, you are thirsty and you are McGyver-esque by nature. So you fill a coffee pot with sandy water from the creek. You then attach one end of a tube to the opening and place the other end in a new clean bowl. When you heat the water to the boiling point, the liquid becomes gas and travels into the tube. As it travels, it cools and becomes liquid again, falling into the clean bowl. You ultimately distill your water away from the sand.

In this analogy, the water is alcohol and the sand is gluten. Gluten, relatively speaking, is a huge molecule comprised of two proteins, glutenin and gliadin. Since gluten is not volatile, it will not travel up the condensing tube.  Ok, ok but are grain based spirits safe? It depends on who you ask.

Scientific tests cannot detect traces of gluten in most distilled spirits and many dietary guidelines have been revised to reflect these scientific findings. The American Dietetic Association "Manual of Clinical Dietetics" 6th edition, the Gluten Intolerance Group and Celiac Disease Foundation all list distilled grain spirits as safe for people with celiac disease.

However, the Celiac Sprue Association still lists distilled spirits as questionable. “Theoretically, distillation, if it's done properly, should remove all the gluten.…However, some makers add back a little of the grain "mash" (which does contain gluten) following distillation to improve color and flavor, and there's always the possibility of cross contamination from gluten grains in the manufacturing facility following distillation.” (Jane Anderson, About.com Guide, Updated March 12, 2011). In addition, caramel coloring may be added to the spirit which could introduce gluten after the distilling process.

I guess at the end of the day, it is up to you and your body. We all are gluten free for different reasons and no one guideline works for everyone. 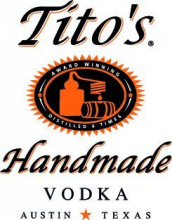 Most distillates are gluten free, but I love it when manufacturers take the guess work out of shopping by putting it right on the label!
More Info